Keven Lee: My World On a plate

Company: My World on a Plate, owner

Recognized as Hollywood's hottest culinary mastermind, Cheven specializes in internationally-inspired cuisine with a focus on a modern farm-to-table approach. His creations are described as an eclectic version of Classical French mediterranean with strong Pacific Rim and Asian influences.

He began his career as "Cheven" at the famous Hotel Del Coronado in beautiful San Diego, California at the Prince of Whales Restaurant. Shortly thereafter, he was asked by the Director of Food and Beverage to take over the Executive Chef position at La Chandelle Restaurant at the Reflection Bay Golf Club in the upscale development of Lake Las Vegas. It was there that Cheven realized his amazing talent for catering. Dell Webb's Sun City Anthem in South West Las Vegas is home of the "Diamond in the Rough" Trumpets Restaurant and Anthem Catering. With panoramic views of the city lights, Cheven was invited to join a new power team to change the name of catering in Las Vegas forever. While running a fine dining restaurant, Cheven organized Weddings, Bar Mitzvahs, corporate events, Wine Dinners and extravagant galas for as many as 2000 guests at a time. From plated to buffet, there is no challenge too great for Cheven. 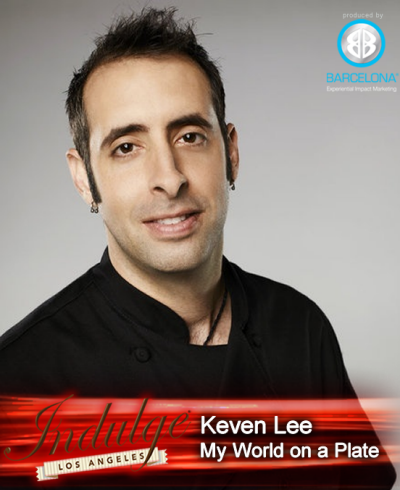 In the later part of 2005, Chef Keven was asked to take the position as Celebrated Chef of the mobile Four Star renowned restaurant Lutece in the world famous Venetian Hotel voted in the Top 100 Hotels and Resorts. Here Cheven created eclectic culinary masterpieces as he developed an even more intense passion for his craft while serving only the finest of jet fresh fish, organic fruits and vegetables, and free range meats garnished with the wild wonders of the world of herbs, spices, oils and vinegars. Cheven was known for inviting guests into the kitchen to share the gallery of flavors he had created. Cheven then moved to Costa Rica to join The Sanctuary Resort and Spa as Director of Culinary Operations bringing a Five Star approach to Central America. While raising his own meats and gathering the daily local fresh catches and handpicked produce, he created world class cuisine, once again with little staff and challenging working conditions.

Cheven's driving and motivational force is his dedication, commitment and "A Matter of Taste!" In 2006, Cheven returned to Southern California where he took the role of the Corporate Executive Chef for Syndicate Hospitality and Velvet Rope Events. This was Cheven's introduction to the Hollywood elite where his eclectic cuisine was welcomed by inviting palates. Having orchestrated some of the most extravagant galas and high profile events, Cheven was yet again introduced to another realm of his talents.

Currently, Cheven owns and operates MY WORLD ON A PLATE catering and events based in Hollywood, California. Together with his younger sister and business partner Robyn; the two are a highly motivated dynamic duo. My World on a Plate has become one of "THE MOST" sought after catering teams in Southern California. Their work has been appreciated by highly respected charities, organizations, retail venues and Hollywood Icons such as Westime, Luis Vuitton, VERTU, Arnold Schwarzenegger, Michael Nobel, Jimmy Fallon, Lady Gaga, Johnny Galecki, Tyrese, Kirsten Lea, Charlotte Ross, LA Kings, Wayne Gretzky, Sylvester Stallone, Manny Pacquaio, After School All Stars and March of Dimes . . . just to name a few. My World on a Plate has also had the pleasure of catering events for television shows and productions such as Family Guy, So You Think You Can Dance, A Chance to Dance, Pretty Little Liars, My Fair Wedding, Oprah Winfrey Network, 20th Century Fox, American Idol and more. Over the past few years, they have also participated in several major productions such as Sundance with Sapphire Chase and Grey Goose, EDC with Insomniac and Live Nation in addition to major production build outs at Coachella and Burning Man.

Recently, Cheven debuted on Food Network's "Cutthroat Kitchen" and "Around the World in 80 Plates" on the Bravo television network. Cheven and My World on a Plate were also featured on 3 episodes of My Fair Wedding and CELEBrations with David Tutera, Fox 11 News, KTLA in addition to being featured in Luxe online magazine, Rising Hollywood, 944 Magazine, and the LA Times.