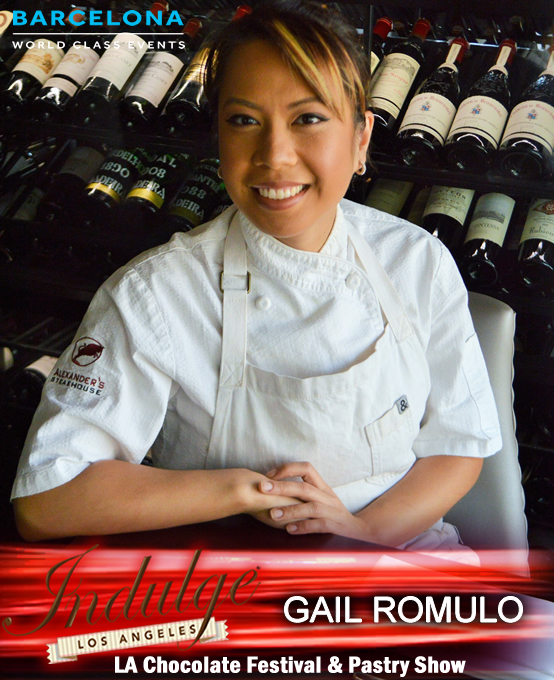 Watching Pastry Chef Gail Romulo work her magic in the kitchen, one would assume she has been mastering her pastry craft her entire life. But Gail entered the workforce in a completely different field. After graduating high school, Gail earned her Associates Degree in Computer Information Systems and spent three years working in computer technology before recognizing her true dream. “I realized that I was the only one in my family who was fascinated in food and cooking,” she says, “so I decided to apply to the Culinary Institute of America in Hyde Park, New York.” Before and during her time at the CIA, Gail has worked for several New York City restaurants including Chinatown Brasserie in NOHO, and Lever House, restaurateur Josh Pickard’s stylish, sophisticated midtown restaurant and nominated as Best New Restaurant by the James Beard Foundation where Gail got her first taste of working in a professional kitchen. She then moved on to work for James Beard Award winning Pastry Chef Richard Leach of Park Avenue.

Gail graduated with a Bachelors Degree of Professional Studies in Pastry Arts Management in 2010 and took on her first job after culinary school as pastry sous chef to Chef Joseph Gabriel at The Pluckemin Inn in Bedminster, New Jersey. Here, Gail continued to develop her leadership and pastry techniques, finding both essential to reaching success in the restaurant industry.

When she is not working at Alexander’s Steakhouse, Gail enjoys exploring anything fun and flavorful.